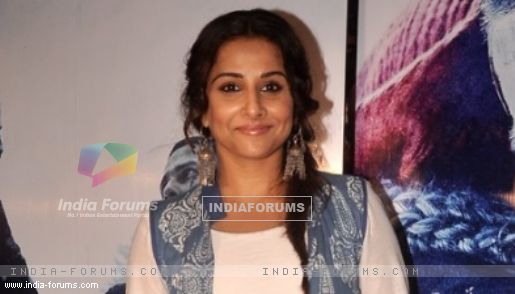 After "Kahaani", actress Vidya Balan will return to the city of joy Kolkata to shoot "Hamari Adhuri Kahaani" in the midst of a Durga Puja pandal.

The first shot of the movie will be canned on auspicious day of Ashtami - the eighth day of the nine-day Hindu festival of Navratri.

A source close to the development revealed, "She shot in the city of joy for 'Kahaani', and now Vidya will return to Kolkata for the first shot of Mohit Suri's love story 'Humari Adhoori Kahaani'."

"The shooting will happen on Thursday and will see Vidya shoot at a Durga Puja pandal. She will then be joined by her co-star Emraan Hashmi for a few scenes in the city."

Produced by Vishesh Films and presented by Fox Star Studios, the movie will also be shot elsewhere in India and in the US, Abu Dhabi, and Dubai.