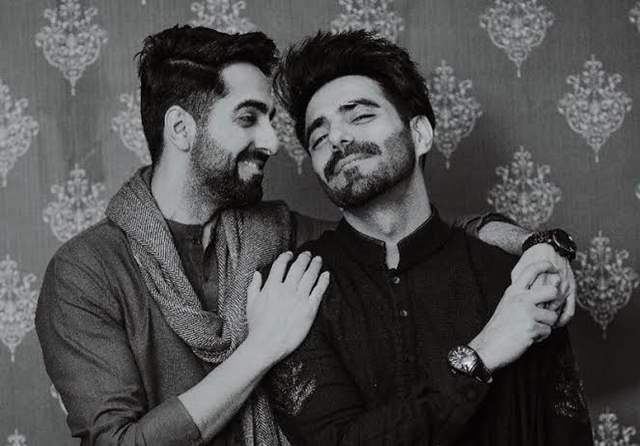 Actor Aparshakti Khurrana celebrates his birthday today. As he turns 33, wishes pour in from family and friends from the industry.

Amongst the barrage of birthday wishes, the sweetest wish came from bade bhaiyaa Ayushmann Khurrana. Ayushmann took to his social media to share a sweet untold story about the time he saw his little brother for the first time.

Sharing two pictures with Aparshakti, Ayushmann wrote: “When you were born I was hardly three but I remember that day quite vividly. I'd long hair and papa had tied a tight pony, because of which I really wanted to cry. Had put on a brave facade in front of him and thought I will break down when I will see mama. Mama was obviously in the hospital (PGI Chandigarh). And when I saw you for the first time I forgot about my pain. You were beautiful. And you've grown up to be the most beautiful human.

I have never shared this story with you. Happy birthday Apari @aparshakti_khurana. Love you!”

Aparshakti has followed his brother Ayushmann’s footsteps and made his place in the showbiz with his hardwork. He has delivered a variety of roles in films like Dangal, Stree, Luka Chuppi and more.

After playing a bunch of supporting roles, Aparshakti Khurrana has bagged a lead role in the film titled Helmet, which also stars Pranutan Bahl. Helmet is a sex comedy, which is co-produced by Dino Morea.

Aparshakti Khurana questions being tagged 'outsider': If I and ...