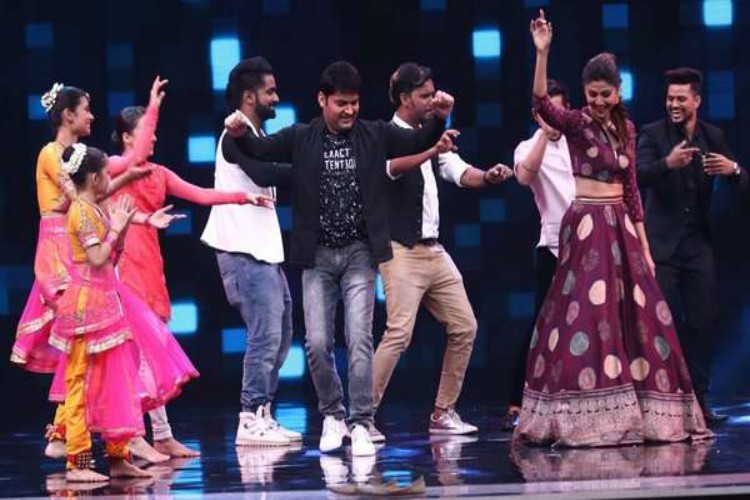 Actor-comedian Kapil Sharma recently turned guest on a set which used to be once the set of The Kapil Sharma Show. He says it was an emotional but happy moment.

He added, "It was a trip down memory lane for me to be on the sets of 'Super Dancer Chapter 2', which happened to be the set of 'The Kapil Sharma Show' as well. This is where I used to welcome Bollywood celebrities, sports personalities, international artistes, and many other well known faces, but now it was my turn to be a guest."

Talking about his experience on the show, he said, "It was an emotional as well as a happy moment for me as I was visualising the days where we pulled off a great show and made the whole nation laugh. Nonetheless, I wish to come back and rock the stage all over again. It was an energetic atmosphere watching the kids perform and sharing the judges panel with Shilpa Shetty Kundra, Anurag Basu and Geeta Kapur."

In August, Sony Entertainment Television had announced a short break with Kapil and his show.

Are you excited to see Kapil as a guest on the show? Let us know what you think in the comment section below.

+ 4
7 years ago bth of you hottt cant wait for the film very excited..

7 years ago Wow! Can't wait, they look so good together.

+ 4
7 years ago love love love the preveiw- the chemistry is obvious already :P

7 years ago ohh wowww..this is gonna be awesome..mohit sir please give me a happy ending this time :p i don't want to cry buckets again :p

+ 5
7 years ago didnt know it was possible for SID to look even hotter than he already is.. .. but he proves me wrong every movie ;)