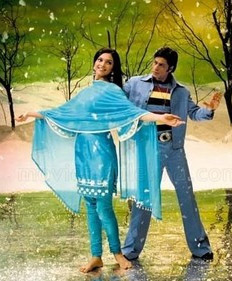 Voting for the awards began in January and continued till March 7. Votes outside central Europe were not counted, BNA-Germany said in a release Monday.

On March 8, the winners were announced in Munich at the second International Bollywood-Blogger meeting.

The awards are hosted by a leading Swiss website, molodezhnaja.ch, and central Europe's discussion panel bollywoodforum.ch.

Sonu Nigam was voted the best singer and newcomer Deepika Padukone walked away with the award for breakthrough role (female) category.

Mani Ratnam's 'Guru' won the best script trophy. The movie also got Shreya Ghoshal the best singer (female) award for the song 'Barso re...'. For the same movie, Vidya Balan and Mithun Chakraborty bagged the 'Best Actor in Supporting Roles' awards in the female and male categories respectively.

Shahid Kapur and Kareena Kapoor who paired up in 'Jab We Met' were declared the Best Couple. Vikram Chatwal was conferred the award for breakthrough role (male) for 'Honeymoon Travels Pvt. Ltd.'.

In the most disappointing film category director 'Ram Gopal Varma Ki Aag' left all other nominees behind.