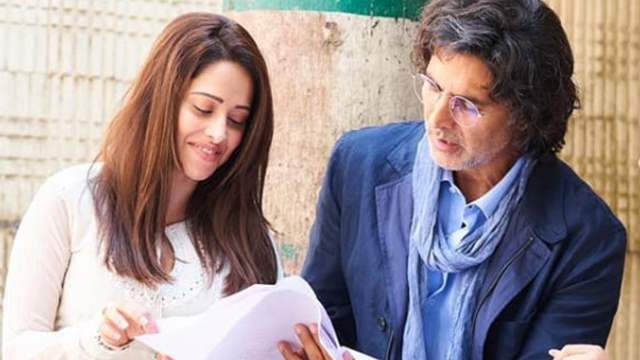 Nushrratt Bharuccha recently started shooting for her upcoming project, 'Ram Setu', alongside Akshay Kumar and Jacqueline Fernandez. The stars have been sharing pictures and videos from the sets to keep their fans all-entertained. Recently, Nushrratt turned a muse for her co-star Akshay.

Nushrratt took to her Instagram handle to share a stunning BTS photo from the sets of 'Ram Setu'. She is all smiles for the camera. In the caption, she wrote, "Classic... captured by @akshaykumar #RamSetu"

The actress can be seen all smiles for the camera. She left her hair loose around her shoulders, and finished the look with simple earrings and a neckpiece.

Last week, the team reached Ayodhya to give the mahurat shot of the film from Ram Janmabhoomi.