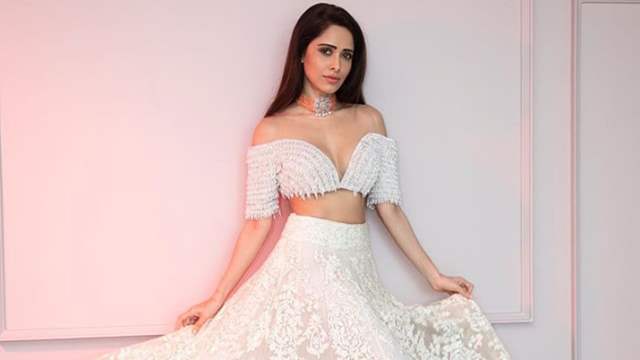 A true fashion icon, Nushrratt Bharuccha has stunned her fans with her charm, elegance and fashion. The actress has been raising the glam quotient with her recent photoshoots, which are a hit amongst the audience.

Recently, Nushrratt took to her social, and uploaded a carousel of pictures in a white off-shoulder elegant lehenga, which she paired with a choker necklace. She uploaded the pictures, with the caption, "The world isn’t perfect but your outfit can be”

The actress strikes the pose with utmost perfection, and looks like an absolute diva.

This breathtaking photoshoot of Nushrratt's, has already broken the internet, owing to her massive fan following and mass appeal.

Considered as one of the most celebrated actresses of Bollywood, Nushrratt will next be seen in ‘Chhalaang’ co-starring Rajkummar Rao, followed by 'Hurdang', alongside Sunny Kaushal and Vijay Verma.