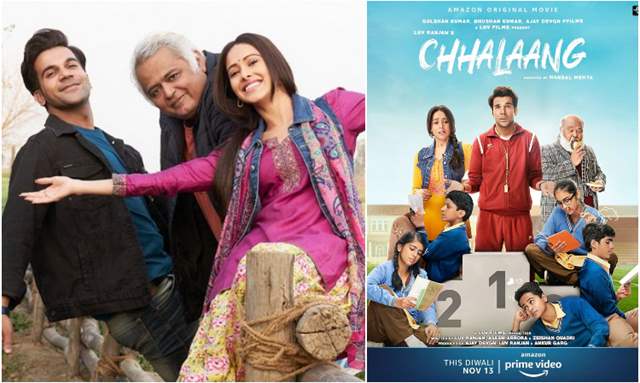 Amazon Prime Video today announced a slate of nine highly-anticipated movies that will premiere directly on the streaming service. One of the diverse line-up features is slated to be Nushrratt Bharuccha and Rajkummar Rao starrer Chhalaang. The film is scheduled to premiere on November 13.

Announcing the release of their upcoming film, Nushrratt took to her social media handle and revealed the release date of her next.

Previously, the film was delayed thrice owing to the spread of Coronavirus across the globe. This Hansal Mehta directorial was initially scheduled for January 31 but then was later postponed to March 13 and then again it was delayed to June 12.

Considering the on-going crisis, the film wouldn’t hit the theatres but will be streamed on Amazon Prime Video during the time of Diwali this year.