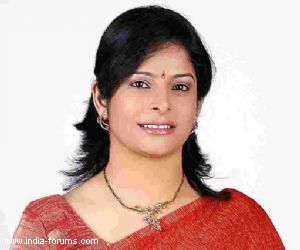 Nupur Alankaar who was last seen in Zee TV's Agle Janam Mohe Bitiya Hi Kijo will now replace Reena Rani in Swastik Pictures' and COLORS' Phulwa. Reena Rani has been essaying the role of Phulwa's mother in the show.

Our source says "The replacement is a production call as Reena has been unprofessional to the show. She never turns up for shoots on time and used to go out of the sets without even informing the production unit."

"Nupur has already started shooting and her entry will happen in tomorrow's episode", signs off the source.

We contacted Nupur who said, "Talks are on, but nothing is finalised yet."

Reena Rani was unavailable for comments.

With this show, Nupur Alankaar has now become a loyalist to Swastik Pictures as her last show; Agle Janam... was also of the same production house.

Zebi02 9 years ago Nooooooo! REALLY bad news!
Firstly, I LOOOVE the current actress who essays Phulwa's mom, and secondly, don't like this Nupr Alankaar! So plzz don't do this! :'/

poetic 9 years ago Bad news. Reena was too good as Phulwa's Mom and she emoted excellently.
COLORS is fast turning into a hassle-ridden Channel. Sucks big time.

niki11 9 years ago Saare unprofessionals colors ko hi milte hai kyon bhai ??kaunse heere moti jade hain is channel mein????
It sux to the core it is the most unprofessional ch at present:(((

exclusive
Exclusive Barun Sobti on being away from TV: My problem is the ...
26 minutes ago

exclusive
Exclusive Jaan Kumar Sanu on keeping up with Bigg Boss 13, looking up ...
43 minutes ago

Subuhii Joshii loses weight all by herself
50 minutes ago