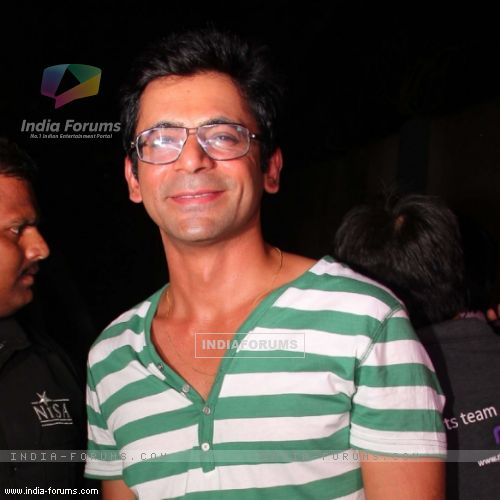 Comedian Sunil Grover, whose popularity went several notches higher when he essayed the drag act of Guthhi on Comedy Nights with Kapil, is now back on the show. This time, Sunil will be seen as a stubborn and obnoxious father-in-law to the show's lead Kapil Sharma.

Sunil left the hugely appreciated show to start a new show independently, but his Mad In India didn't work in his favour. He is now back on Comedy Nights with Kapil to raise the humour quotient as the father of Manju, a role played by actress Sumona Chakravarti.

He was visibly excited to join hands with the cast and crew of Comedy Nights with Kapil, said a source.

"The viewers will see Sunil as the stubborn and obnoxious father-in-law of Bitto Sharma (Kapil). Bitto Sharma keeps on ridiculing and deriding Manju's father all the time. This time it's Manju's turn to even the score with Bitto with her father by her side.

"He'll do insufferable things like - keep his torn slippers in his bag and throw it at Bittoo, spit in his own shirt pocket," the source added.

Sunil recently shot with the entire cast of Comedy Nights with Kapil. The viewers will see them in a hilarious gag in the episodes to be aired Saturday and Sunday.

He will enter the show with a chained iron trunk in his hand and a 'jhola' on his shoulder.