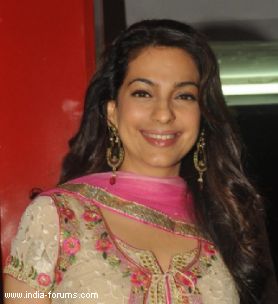 Actress Juhi Chawla has played multiple roles in life -- model, actress, wife and mother. Her plan of action now is to become a 'thinker'.

She spoke of her plans on Disney Channel's' talk show "Captain Tiao".

Host Sadhil Kapoor, all of eight years, asked Juhi what she plans to do in her life next after managing multiple roles throughout her career - first as a model to then winning the Miss India pageant, to becoming a popular actress and singer.

The bubbly actress said: "You forgot to mention that I have also been a wife, mother, a villain in an upcoming film and now I am considering to become a 'thinker' and think about what to attain in life next."

True to her charm, Juhi filled the entire episode with laughter and entertainment.

The episode will be aired Sunday.