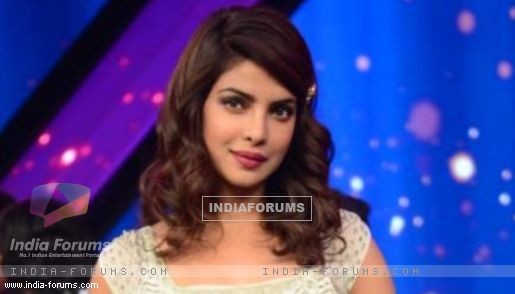 No, Priyanka Chopra is not talking about the box office competition, but about actually beating up someone physically! And the actress strongly feels that every woman should learn some form of self-defence.

Priyanka may have now lost all the muscle she built up for her role as five-time boxing champion M.C. Mary Kom in her forthcoming film, but she says she's now fitter and stronger to give a tough fight to anyone.

"Today, I can beat anyone, it feels great," Priyanka, one of Hindi film industry's most indomitable actors, exclaimed during a tete-a-tete with IANS while she was on the move for her promotional commitments for "Mary Kom".

Building the muscles for the movie, which brings to screen the inspirational story of Manipur-based athlete Mary Kom, made Priyanka feel "very tired".

But it was worth it!

"Building muscles can't make you feel empowered, but stronger. I did! I have lost all my muscle now, but I still feel strong. I still believe I have those muscles," she said, and broke in guffaws.

On an introspective note, she said: "Muscles are a very superficial thing. What they did for me, honestly, was being able to learn a sport. I've never learnt a sport in my life. That too a contact sport. For me, it was a huge challenge to learn an entire sport.

"Today, you can put me in a boxing ring. I may not be able to beat another boxer, but I'll be able to give her a tough fight. I've learnt it that much."

It also makes her believe that women must learn some form of self-defence.

"I think girls should be able to do what they want, be free and not be worried about protecting themselves. But I think that in the world that we live in today, unless the laws that have been made to protect us have been implemented well enough, we should learn some form of self-defence just for confidence.

"For me, it came from being agile, from learning this new sport."