They have already launched a bunch of India-centric movies like 'The Waiting City', 'An Indian Summer' and 'Bollywood Down Under'.

'We are looking at India-centric, good Australian stories as these category storylines will aid in world marketing,' Anupam Sharma, founder and director of Australian production house Films and Casting Temple, told IANS via email.

Sharma clarified that he wasn't investing in Indian movies, but added that Australian filmmakers would surely be interested in co-productions with Indian producers as well.

'We are not investing in Indian films. We are developing India-centric international films for the global market. We are hoping to utilise the combination producer offset available in Australia with the 18 percent growth in Indian film market and the worldwide popularity currently being enjoyed by India-centric films. So we are definitely aiming for co-production projects with our Indian counterparts,' said Sharma, who is also a filmmaker.

That British filmmaker Danny Boyle's India-centric 'Slumdog Millionaire'went on to win eight Oscars is also one of the reasons for increasing international interest in India.

'The Waiting City' by Claire McCarthy, about an Australian couple adopting an Indian, is the first Australian film shot wholly in India and is set to release later this year, reported Australian Financial Review.

Sharma is working on quite a few India-centric ventures.

'I'm co-producing director Bill Bennett's film, which is an on-the-edge thriller set in the dusty, parched canvas of north India. I'm also working on other co-productions with India-centric stories like 'An Indian Summer', 'Family Unit', 'Bollywood Down Under' and a feature-length documentary titled 'Bollywood Bazaar',' said Sharma.

'In this regard, there is some good news. Our Foreign Minister Stephen Smith announced last week that he had approved the opening of negotiations for a co-production treaty between our two countries,' Brown told IANS in an email interview.

But unlike Hollywood firms, which have co-produced Bollywood films like 'Chandni Chowk To China' and 'Saawariya', Australian filmmakers are not keen on investing in typical Indian movies.

'Australians are very unlikely to invest in Indian films without some Australian component. Our producers are looking to make films with stories that work for both the countries in all genres. Comedies, social issue films, masala, romance and thrillers seem the most likely genres to begin with. There are also some wonderful documentary series to be made in India also,' Brown explained.

Nina Lath Gupta, managing director of India's National Film Development Corporation, said over phone from Mumbai: 'This primarily was to establish contacts ... They didn't come with any projects. They just wanted to explore Indian markets.'

'No set budgets, but we would always have to be mindful of attracting an audience that could ensure recovery of the film's budget for all investors,' said Brown.

The Australian Financial Review also stressed in an article in February that a major impediment to filmmaking in India is the absence of a co-production treaty.

'There is very little government handouts in India, which has been the argument against it,' Winter, who is producing two Indian-centric films, was quoted as saying by the newspaper.

Lath Gupta said: 'In foreign countries, governments give grants but in India, a vast majority of films are being made by private producers. As far as a co-production treaty is concerned, I can't say anything as it falls under the ministry.' 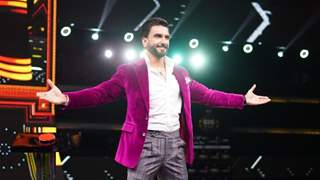 Mumbai Police points out misogynistic comments in 'Kabir Singh' and ...

Suniel Shetty on completing 29 years in Bollywood; "Being labelled as ...