Kheny, CEO of the Nandi Infrastructure Construction Enterprise, made news recently when the Karnataka High Court and the Supreme Court upheld his right to continue the Bangalore-Mysore Highway project. He was battling over the highway project with Karnataka Chief Minister H.D. Kumaraswamy.

Now he has decided to focus on his cinematic activities.

'The story for this film,' he says, 'came to me as a sudden brainwave'. He said the film would help solve the Cauvery issue between Karnataka and Tamil Nadu, which have for long fought over sharing the river waters.

Apart from producing a film, Kheny is acting as well. He plays a king in forthcoming film 'Maru Janma', with a reincarnation theme. Earlier, he played a small role in the film 'Aishwarya'.

The shooting for his first Hindi film titled 'Shadi Ke After-Effects' has been completed. Young Kannada filmmaker Indrajith, who won a Filmfare award for 'Aishwarya', has directed the movie. 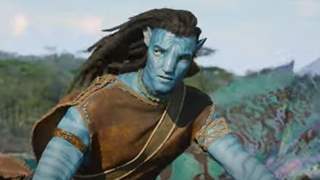 Finally! Teaser Trailer of 'Avatar: The Way of Water' is here