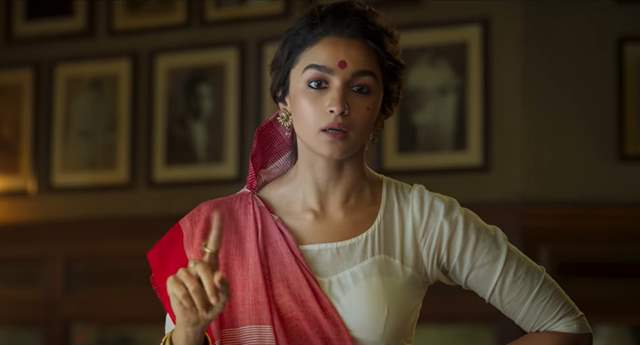 Alia Bhatt's upcoming film Gangubai Kathiawadi is touted to be one of the most anticipated films of this year. But, despite all the attention it's receiving, the film has been falling in some or the other trouble one after the other.

The recent one being, the captain of the ship, filmmaker Sanjay Leela Bhansali falling prey to the novel Coronavirus and along with him many other team members of the film too testing positive of the virus.

With the attack on of COVID- 19 on the sets of the Gangubai Kathaiwadi, speculations about the film's release being postponed were floating in the media. But, now a source close to the film has confirmed that it's completely on track, the film's shooting has been done and will be releasing as per its scheduled release date, i.e. July 30, 2021!

The source has been quoted by Spotboye saying,

There was just one day of shooting with Ajay Devgan remaining, when SLB was tested positive for Covid. As soon as he recovers he will complete that one day’s shooting. Then only the patchwork and post-production remains.

Earlier, when the novel Coronavirus had hit the world in a sudden attack, the  shooting of SLB's Gangubai Kathiawadi too was halted and came to a complete standstill in March 2020. But, later in the month of September 2020, when the nationwide lockdowns were eased a little, the film got back in track.

A source from the film's unit adds,

We restarted shooting with only 50 people in the crew. For a Sanjay Leela Bhansali film that’s almost nothing. But then something is better than nothing. We were just happy to be back shooting.

The source also revealed that everyone on the set compulsorily wore masks all the time, except when facing the cameras. And apart from following strict measures, for the safety of everyone, COVID-19 tests too were conducted twice a week.

Alia Bhatt and her co-star Shantanu Maheshwari too maintained a cordial distance when not facing the camera.