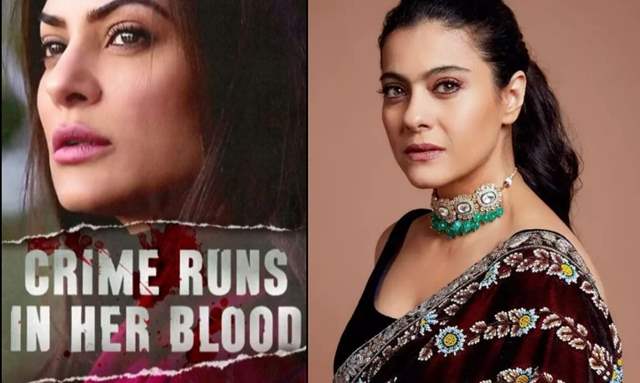 Sushmita Sen is making her much-awaited comeback with Ram Madhvani’s crime drama web series titled Aarya, that is slated to release on 19 June 2020. Based on the  Dutch drama series Penoza by Pieter Bart Korthuis, the show will premiere on Disney + Hotstar VIP.

The trailer released last week and received rave reviews from the audience and the critics. While fans are excited and elated to witness Sushmita back on the screens, here’s a piece of trivia. Not Sushmit, but Kajol was the first choice for Ram Madhvani’s Aarya.

Reportedly, Kajol had even liked the story and given a nod, but later walked out of the project. “Kajol was his first choice and they were in advanced talks with the actress for the film. She had loved the concept and the storyline but had to step out last minute citing personal issues. That had also put Ram's dream project under a bit of a scanner since it delayed the process a bit” Pinkvilla quoted a source as saying.

After Kajol declined the project, Ram offered the web series to Sushmita Sen, who thought of it as the perfect project to mark her comeback. "Aarya has the female lead playing the central protagonist and he wanted someone who has a commanding screen presence and is also a terrific performer. That's when he thought of Sush and offered it to her. Among the many offers that she had, Sushmita liked this the most and then, it was decided that it would be made into a digital series with Hotstar coming on board. Sush did take her time but eventually gave a green signal to Ram” adds the source.

Barun Sobti to Harshad Chopda: 5 Actors we think could step ...
11 minutes ago

Neena Gupta’s iconic show ‘Saans’ to go on air after two ...
11 minutes ago

Grand Janmashtami celebration in 'Anupamaa', will it turn ...
16 minutes ago

Karan Singh Grover on quitting Kasautii Zindagii Kay: It was ...
42 minutes ago

Bandish Bandits Receive Praises and Blessings From Legendary ...
47 minutes ago

Nitesh Pandey: Indiawaali Maa is not just a show, it is a ...
an hour ago