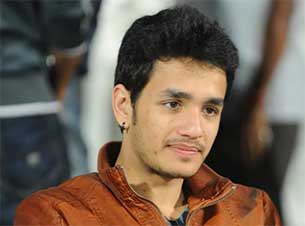 Akhil, younger son of southern star Akkineni Nagarjuna, has rubbished rumours that he will make his cinematic debut with filmmaker Trivikram's movie.

"Hey guys, couple of rumours going around that I'm going to be working with Trivikram for my first film. I love his work no doubt, but it isn't true! No movie has been signed and no story has been heard. (I) just wanted to clear this out," posted Akhil on his Twitter page.

Akhil, who is expected to make his cinematic debut soon, further tweeted: "I'm excited to work with him soon though."

It was not long ago at the audio launch of "Adda" Nagarjuna had informed that Akhil will make his debut soon.

Akhil had featured as 'the baby' in Telugu version of "Baby's Day Out" titled "Sisindri" alongside his father.