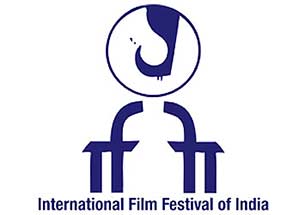 Movie buffs here will not have to stand in a queue to buy tickets for film screenings during the next edition of the International Film Festival of India (IFFI), an organiser said Tuesday.

Vishnu Wagh, chairman of the Entertainment Society of Goa (ESG), a co-organiser of the festival, said the decision had been taken because delegates at the film festival simply buy and block tickets, but do not attend screenings.

"We have decided to do away with ticketing at the next festival. All you need to do is stand in queue outside the screening hall. It's on a first-come-first-served basis," Wagh said.

If one combines all the screening halls together, there are nearly 2,000 seats for over 10,000 delegates who have registered for the festival. This is leading to a mad rush for tickets, because most of the film screenings are fully booked hours in advance.

"We’ve all Seen Our Worst as Humanity this Year": Ali Fazal

Urmila Matondkar Does Not Regret, But Ready to Apologise for ...
3 minutes ago

Shabana Azmi speaks about recovering from her Devastating ...
26 minutes ago

Who is AK in Sushant's Unseen Video that has Surfaced? Watch ...
30 minutes ago