View Profile
After the surprising success of the modest rom-com Tanu Weds Manu, one would think that the film's director, Anand Rai, would be keen 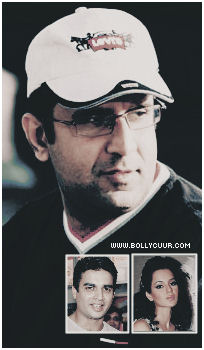 to jump on the sequel bandwagon along with his fellow hit-makers. But before you get your hopes up, let us tell you...he has no such intentions!
According to sources, the lead actor, Madhavan, is enthusiastic for a sequel to be made and has been working towards this goal for some time now. Maddy has reportedly worked out the new plot, which he wants to be set in London. The actor was heard saying that from his point of view, the sequel should be the antithesis of the original. If the original charmed audiences then the sequel should shock them!
However, Anand Rai is not at all keen on doing the spin-off. He was heard saying the temptation to do it is there but he feels that the story should be left the way it is. He is very adamant in this matter as he thinks continuing Tanu and Manu's story would be akin to spoiling it.
Though there will not be a sequel, sources say Anand is not averse to casting the film's lead pair, Madhavan and Kangna, in other projects he has planned for the future.  In fact, the director is reportedly pitching ideas for new films specifically with this duo in mind.
Well, though Tanu and Manu Go On a Honeymoon won't be hitting theaters anytime soon, we do wish this talented team all the best for their future collaborations.
Editor(s): Lola & Gunia.
Graphics: Sanober.