View Profile
Ajay Devgn and Tabu are trying to outdo each other in the upcoming suspense thriller "Drishyam" but offscreen, Ajay is all praise for his co-star, contending that no one except Tabu could've played the role of a stern cop in the film. 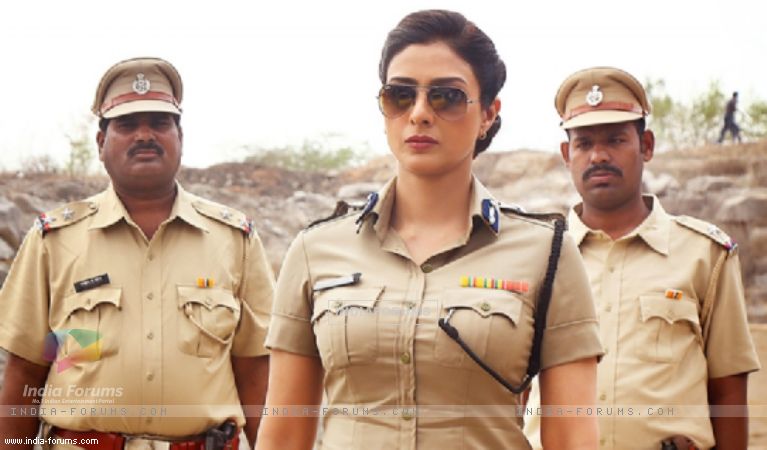 "We wanted Tabu to do the film because I think this performance couldn't have been done by anybody else," said Ajay at a radio station appearance to promote their film.

"The film is about human emotions. There is a conflict between Tabu and me and this conflict is what holds the plot of the film.

"Tabu's character of an IG is a very strong character as an extremely emotional reason is attached to it. And it is about how she counters her emotions and seeks to win at every cost," he said.

Tabu stated that she didn't try to take inspiration from any popular police officer for the role. "Inspiration for me was from the Malayalam film as we're following most of the aspects from it. The character is so strong that there was no need to follow any other character," she said.

Though she plays a police officer, there is no action and Tabu is relieved about the lack of fight scenes in the film as she would've had to otherwise prepare for it.

Director Nishikant Kamat's Drishyam starring Ajay, Shriya Saran and Tabu is releasing on July 31. The film is a remake of the Malayalam film of the same name directed by Jeethu Joseph with Mohanlal and Meena in the lead.

5 years ago I already saw this movie...
Superb concept.. Must watch

+ 3
5 years ago Seriously Ajay Deegan!!!! The characters potrayed by veteran actors like kamal Hasan and mohanlal... And Shreya saran... Lols.. If they perform well then it's going to be a hit.. If not