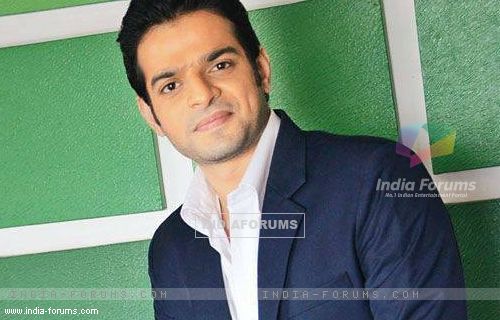 Recently Bollywood stars Arjun Kapoor and Deepika Padukone made their appearance on the sets of Star Plus' much loved show Ye Hai Mohabbatein to promote their upcoming movie Finding Fanny. Fans were too excited to see their favorite stars Karan Patel and Divyanka Tripathi shooting a scene with Arjun and Deepika but they were disappointed. Though the shoot went well but nothing was well on the sets on that day as the lead actor Karan Patel didn't reach  the sets on time due to which the script was changed at the last moment and later on, he also banned the media on the sets.

Our source, who witnessed the entire thing on the sets, informed us, "Karan & Divyanka had to do a scene with Arjun Kapoor & Deepika Padukone but at the last moment, the creative team had to change the script as Karan didn't reach on the sets on time after the cast and crew waited for him to arrive. The media too waited for Karan to reach on the sets so that they can take bytes of Karan & Divyanka with Arjun & Deepika. Deepika had to leave for her promotions so the media took their bytes without Karan."

"Later, when Karan reached late on the sets then he became furious and he blamed the media that because of them, his bytes couldn't happen. Soon then he announced that he is banning the media on the sets and if at all reporters come to shoot further on the set then he will leave the shoot and walk away. This matter reached to the channel & as per channel & the programming team's discussion, everything was sorted and they allowed media to shoot on the sets of YHM," adds our source.

Karan was in no mood to get sorted out things and we heard from our source that, "Recently, he saw media shooting on the sets of YHM which he didn't like and asked the production team that he is walking away from the shoot if the reporters will shoot here."

Our source further added, "Seeing the situation getting worse, Divyanka came in support of the media and said that even she will leave the shoot and go away if the media won't be allowed to shoot here."

Karan, we would like to say to you that its because of your fans' love only that the media come on your sets to take your bytes and cover segments related to your show so that your fans will feel themselves connected to you. So, just think about your fans once before taking any such step!

We would like to thank Divyanka for understanding and supporting the media!

swani 6 years ago Karan Patel you are 100% right ! Every on location videos makes everyone crazy and there is no thrill while watching the show. There should be a limitation of outsiders.

Rudrapreesha765 6 years ago Karan Patel is no stranger to controversies, and recently, we'd heard that he got into an alleged brawl with camerapersons on the sets of his show, Yeh Hai Mohabbatein. Sources claimed that the actor was upset after he didn't get to shoot with guest stars Deepika Padukone and Arjun Kapoor. Karan, however, told us this wasn't the case.

"I have always been misunderstood. I was never supposed to do any such scene with Deepika and Arjun. I don't know how these rumours start," Karan says. "People will bring up all kinds of masala, but all that matters to me are my fans. They are my strength. I am overwhelmed by their support and love. It just pays off for all thehard work you put in."

drishtimaurya 6 years ago Utter Bullshit!!!!!!!!
Even if he was late on the day of the shoot it was probably due to some really important work or emergency! We all know Karan Patel revers Bollywood and its people so much. He wud never make them wait on purpose. And if the media will keep on pestering him all the time he's bound to lose his patience!
Why dont they just cut him some slack!!!!! Let the poor guy live!!!!!!

zackandjosh 6 years ago Karan, you are doing a splendid job as RKB . Love you Karan.

TheInkMistress 6 years ago Well, yes, media hasn't made Karan Patel. But media does bring Karen Patel to fans. Right? He's a great actor, really! But, well,I hope he was better than that. No offence to anyone.

aphrodite143 6 years ago no one is at fault.Both of them behaved the way they felt was right. none of them were fake.their onscreen chemistry rocks..and we are solely concerned about that.this article is nothing very important.thats it.

-dreamland- 6 years ago Karan Patel is the best actor I hv ever seen...And yes he is successful just bcoz of his talent and hardwork,media has not made him..Respect him a lot..Karan Patel love u so much

TOTAL-ROMANTIC 6 years ago But media also should understand to know their limits..& leave them alone when shooting imp scenes..!!

.Ranju. 6 years ago Thank You KP for clearing the mess. But in all this DT was bashed unnecessarily. If people feel being sweet is fake and coming late to sets makes one honest. I really dont have anything to say. Divyanka Tripathi and Karan Patel, you both are doing fab job in YHM. Please continue to do the same. No DivAn then no IshRa!!!