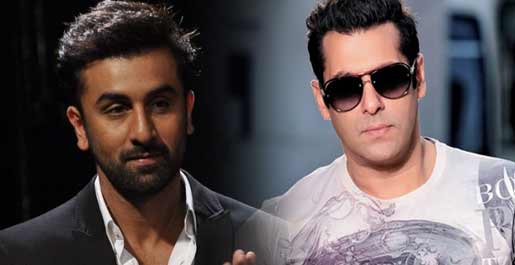 Actor Ranbir Kapoor has refrained from commenting on the verdict in Salman Khan's 2002 hit-and-run case, but he doesn't cringe lauding Salman's "big heart" and saying that all actors should carry forward his legacy of 'being human'.

At a game launch of his forthcoming film "Bombay Velvet", Ranbir was asked to comment on Salman's conviction and five-year jail sentence.

Ranbir said: "I don't know what is going to happen in the case, but we all have known Salman Khan. On a personal level, I have known him for many years and I can assure you that I don't think there is a human being with a bigger heart as Salman, who does a lot for the society and needy through his 'Being Human' foundation and also on personal front."

"I think we all should be inspired by that and carry his that legacy forward. But as far as the legalities and law is concerned in this case, I don't want to really comment on that," he added.

On being asked if he would be visiting Salman, the actor said: "No, I don't have any such plans. But I wish him and his family all the strength and wishes to overcome these hard times."

The Bombay High Court on Friday suspended Salman's five-year jail sentence to facilitate him to apply for bail.