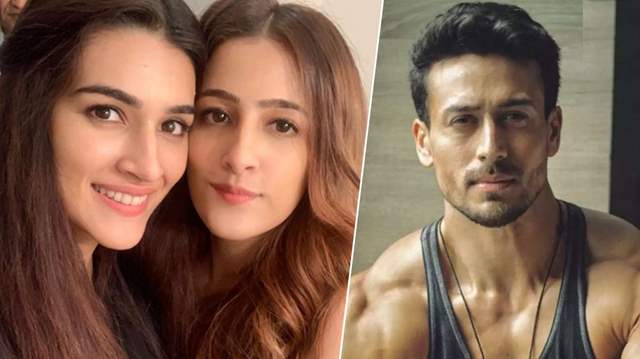 Kriti Sanon’s baby-sister Nupur Sanon is gearing up for her entry in Bollywood and for the same the young diva is receiving offers from various big banners and filmmakers including Sajid Nadiadwala, Aditya Chopra and Karan Johar, who are very keen on giving Ms. Sanon her first break in the Hindi film industry.

But, if recent reports are to be believed, Nupur was to make her debut opposite Tiger Shroff in his upcoming action flick Ganapath that will be directed by Vikas Bahl.

So far only Tiger Shroff has been finalized for Ganapath. No leading lady has been signed yet. Being an out-and-out action film the scope for feminine presence would be pretty narrow.

Earlier several media reports suggested that Ganpath will be the launchpad of Nupur Sanon and a source was quoted by many portals saying,

Nora has been dropping by the Pooja Entertainment office off late and this has not gone unnoticed by the media. However, contrary to reports of her doing an item number in Bellbottom, Nora has been signed for a full-length feature film. The film in question is Ganpath, and she will be seen playing the second female lead opposite Tiger, while Nupur Sanon has been signed to play the first female lead.

This baseless news has turned out to be untrue. Chances of Nupur Sanon starting her career with a fist-friendly actioner seems remarkably remote. Her sister Kriti Sanon did make her grand debut with Tiger Shroff in Heropanti. Heropanti did go on to become a major hit in 2014. It was Tiger's debut film too.