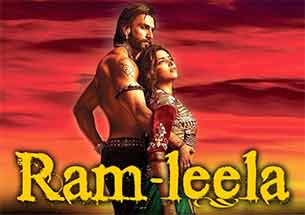 "There is no stay or injunction for release and exhibition of 'Goliyon ki Rasleela Ram Leela'," said R.M. Azim, head of the legal team of Eros International Media Ltd., co-producer and distributor of the movie.

"The film, which has been certified by the Central Board of Film Certification under the Cinematograph Act, 1952, can be released and exhibited throughout the world unobstructed," he said in a statement.

A Delhi court suspended the release of "Ram Leela", starring Ranveer Singh and Deepika Padukone after a suit was filed by Prabhu Samaj Dharmik Ram Leela Committee which alleged that the movie hurts the religious sentiments of Hindus as it contains sex, violence and vulgarity.

But Azim said that the court has dismissed the case filed against Sanjay Leela Bhansali's directorial venture and it will release Friday, as scheduled.