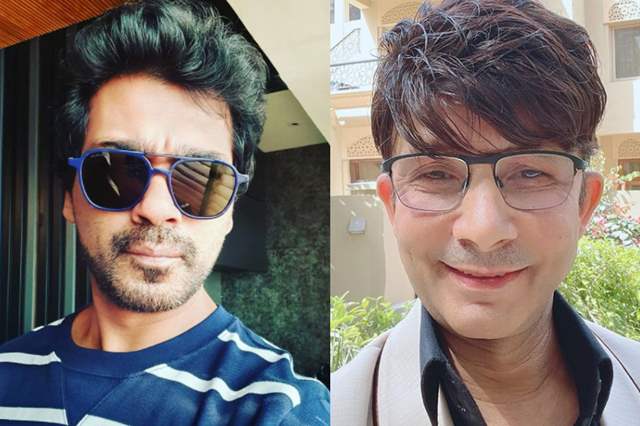 The Bombay High Court has granted an injunction to actor Nikhil Dwivedi preventing Kamaal R Khan (KRK) from posting anything defamatory against him directly or indirectly on social media.

Back in January, Dwivedi objected to Khan's tweets and filed a suit against his allegedly defamatory statements.

In a statement, Dwivedi's lawyer, Kartikeya Desai, said, "Our client, Mr Nikhil Dwivedi, an actor producer, has filed a lawsuit against Mr Kamaal R Khan for the slanderous tweets and YouTube videos which were posted by Mr Kamaal R Khan wherein he had made defamatory statements and also baseless allegations against Mr Dwivedi.

"The series of tweets and other posts were categorically reproduced in the said suit filed by Mr Dwivedi. The honourable court read through the statements made by Mr Kamaal R Khan and recorded that prima facie case has been made out against him and granted ad-interim relief against Mr Kamaal R Khan and the other defendents whereby they are restrained from publishing defamatory statements as described in the plaint and/or any other statement (whether written, printed, audio or video) containing the same or similar allegations (as included in the said acts of defamation) against the plaintiff. Any such act hereon will be treated as contempt of the honorable court.”

Dwivedi is the third industry person after Aamir Khan and Vikram Bhatt to decide to take on KRK for posting defamatory content and baseless allegations on social media.