You are here :
OVERVIEW ABOUT CAST FORUM
8
NEWS 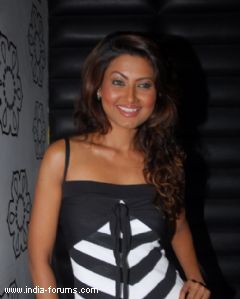 Actress Nigaar Z. Khan, who was recently seen in a cameo in 'Taarak Mehta Ka Ooltah Chashmah', is now entering TV show 'Main Na Bhoolungi'. She says she needs the blessings of the audience.

The actress, who has been part of shows like Lip Stick and Hongey Judaa Na Hum, also appeared in reality shows like The Khan Sisters, Sach Ka Saamna and Welcome: Baazi Mehmaan Nawaazi ki.

8 years ago she looks like a witch :/ sorry no offfence

8 years ago Waiting for Nigaar entry in MNB...

8 years ago I have never seen nigaar in lead role. She should play lead in shows. She is tall and beautiful.