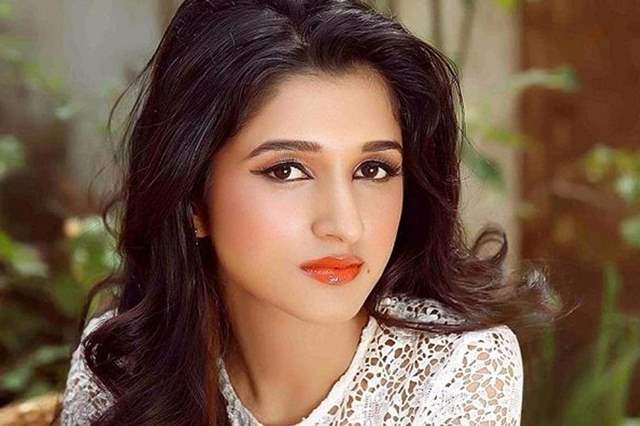 Rajan Shahi’s Anupamaa is the new talk of the town. The show focuses on the daily challenges and struggles of a mother and a housewife, who is undervalued by her family. The show features Rupali Ganguly, who is making a comeback on the small screen after seven years, in the titular role. The show also features Sudhanshu Pandey, Madalsa Sharma, Paras Kalnawat, Aashish Mehrotra, and Muskan Bamne.

And only recently, there were several reports about how the show will be enabling new entires soon. Even though the show chronicles around Anupamaa, the two young men, Mehrotra and Kalnawat play the important roles of Paritosh and Samar Shah respectively.

And now, it has come across that actor Nidhi Shah, who is relatively new on the block has been roped in to play the role of the love interest opposite Mehrotra's Paritosh. When it comes to Shah, the actor was recently seen in shows like Tu Aashiqui, Dil Jaise Dhadke Dhadakne Do and Kartik Purnima.

The show has already gained a lot of interest and it might only be a few weeks till the show picks pace. What did you think about the same? Leave in your comments below.

SamW92 1 months ago Nidhi Shah is a brilliant actress. Will be watching the show for her.

ALUJNA21 1 months ago Hope she's a positive character as this show is packed with negative characters who keep spreading negativity.

Karan Patel takes an indirect dig at Kangana Ranaut in ...
52 minutes ago

Neil Bhatt talks about prepping up for Ghum Hai Kisikey ...
-39 seconds ago