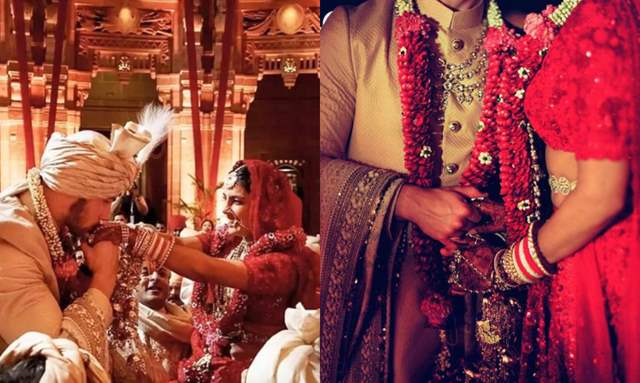 Bollywood’s adorable couple Priyanka Chopra and Nick Jonas have been setting marriage goals since 2018. The duo is celebrating their second anniversary over the last two days as the lovebirds got hitched on December 1, 2018.

Priyanka-Nick celebrated the anniversary of their Christian wedding two days ago. Today, the couple clocked 2-years of their Hindu wedding ceremony.

Hollywood’s heart-throb singer Nick Jonas penned the sweetest message for wife and actor Priyanka Chopra. Sharing the unseen pictures from their wedding, the 28-year-old wrote, “Two days, two weddings now two years. I was so honored to get to marry @priyankachopra in her home country, in a traditional Hindu wedding. I can’t believe how lucky I am, and how quickly the time has gone by. Happy Hindu anniversary beautiful.”

Ever since her wedding with Nick, the Sky is Pink actress has been traveling between the US and India, owing to her different work commitments. However, she had to stay put in LA because of the travel restrictions implemented because of the Coronavirus scare.

On the work front, Priyanka’s projects include a film about Ma Anand Sheela, which she will co-produce as well. She will also be seen in two Netflix projects - the superhero movie We Can Be Heroes and The White Tiger, opposite Rajkummar Rao.