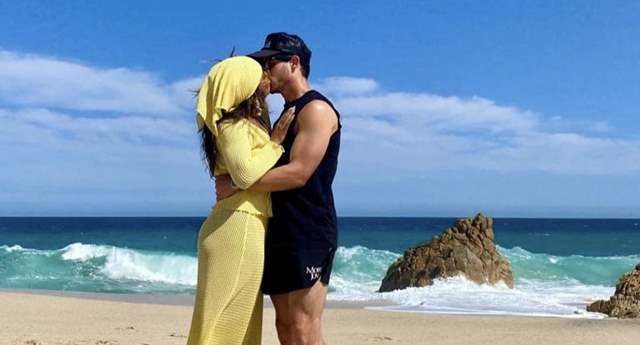 Nick Jonas and Priyanka Chopra have been married for a couple of years now but it still seems that their love is fresh and is rejuvenating every passing day. Priyanka celebrated her 40th birthday yesterday and was showered with wishes and love from all around the world throughout the day.

But it Nick Jonas' wish that caught our attention as he penned down a special note for his love and shared a photodump with their adorable pictures.

Fans were offered a glimpse of the Jonas family's private celebration, which included shots from a restaurant with dark lighting and sparkling fireworks in the night sky. One of the pictures showed Jonas holding up a personalised towel that read, "Priyanka! The Jewel of July, est. 1982," among other items.

The caption of Nick's post read, "Happiest birthday to my ❤️ the jewel of July. So honored to be on this crazy ride called life with you. I love you. @priyankachopra"

After being married in 2018, Priyanka Chopra Jonas and Nick Jonas have been in the news frequently for various reasons. PeeCee and Nick Jonas doesn't miss a chance expressing their love for one another, and their social media is proof of that.

The husband and wife  took their relationship to the next level earlier in January when they welcomed their daughter Malti Marie Chopra Jonas home after she spent 100 days in the NICU. The couple chose surrogacy to have their first child, and they have been devoted parents ever since.