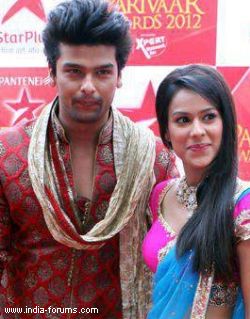 There was a negative news in an online publication about Nia Sharma and her co-star Kushal Tandon (of Ek Hazaaron Mein Meri Behna Hain on Star Plus) with the sensational heading: 'Sex behind the scenes: Leading daily soap jodi caught making out?'. According to this news report the duo were caught in a compromising position by one of the members from the production team of a reality show which is aired on a music channel. Though the actors' names weren't mentioned there were ample clues in the article which did lead to revealing their real identities. Almost all of the readers' feedback on that article was negative- readers weren't wanting to believe that the news was correct whereas others were pointing out that sensational stories on the personal lives of stars shouldn't be done.


We contacted both Nia and Kushal to know how they were reacting to this controversial story. Both denied the legitimacy of the story. Kushal smsed us, "I can just laugh over these stupid articles. Surprisingly so much is getting written about me in the past few days makes me suddenly feel like a star but jokes apart people who write such articles should at least think once that it involves a girl's reputation. If we talk about responsible journalism, I wonder how responsible this is."


Nia's feedback was, "I am not at all hurt or sad. I rather pity that cheap reporter who wrote such vulgar stuff. I have blacklisted her from my list, she is never going to get a single quote from me. Kushal and I are great friends and will always remain that way."


Nia has always been full of praise for her co-star Kushal but has always told the media that they are simply friends. We checked with Nia's close friend who said that Nia and Kushal aren't romantically involved. 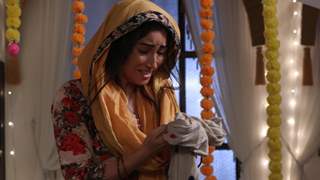 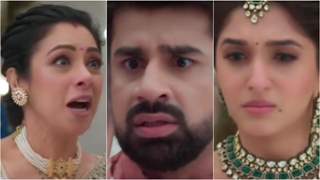 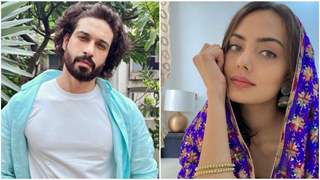 Miishii 9 years ago So disgusting for a reporter to write that just to get attention. Glad this one cleared up everything. Love Nia & Kushal's dosti. It is pure! Don't know why people twist things around! And Nia Sharma I love you lots! Please don't worry..we are with you!

Ruqayyah_Ahmed 9 years ago I only saw this article today, and I was extremely disgusted at the thought that someone can make such a derogatory article; it's come one grow up, and if not for yourself at least have some respect for others and especially those who you are involving.
Without even thinking they just make up some disgusting news, just to get their daily masala, how cheap, I knew that there were many cheap journalists that twist and turn things, with a lot of masala, but I never thought that there would be one sooo cheap.
What I would want to say to that journalist, (if it is a woman), then at least respect other women, otherwise this own thought will turn heavy on her and (if it is a man) then remember that you also have a mother or a sister in your house, or if not a mother or a sister there must definitely be some woman in your life, that is dear to you.
I KNOW I HAVE WROTE A LOT, BUT THE MAIN POINT IS THAT REMEMBER...
What goes round comes round and when it comes round it hits you twice as hard... IN OTHER WORDS:
Jaisi karni waisi bharni and... Paap punya ka leka jhoka.
I HAVE WROTE THE BASIC POINT IN THREE DIFFERENT LANGUAGES, SO THEY DON'T HAVE ANY PROBLEMS IN UNDERSTANDING WHAT I HAVE WROTE.
And yes I also agree to those who have wrote that, they wish that Nishal (Niaa and Kushal)/ Virman (Virat and Maanvi), become a real life couple... Although I know Kushal is with Elena, and some sources are saying that Niaa is in a relationship with Mohit from diya aur baati hum, (don't how much truth is in Niaa, in a relationship with him), I seriously want some miracle, not in a bad way, but without any heart breaking, Kushal and Niaa become a couple. THEY LOOK CUTE TOGETHER... AND PLEASE I HAVE A REQUEST TO THE PRODUCERS OF THE SHOW TO MAKE MAANVI PREGNANT SOME TIME SOON AND MAKE VIRAT AND MAANVI TO BE-PROUD PARENTS - and show some more of VirMan romance.

9 years ago Disgusting if true, like they say 'no smoke without fire" :)

9 years ago We know this is not true so ignore this news.

9 years ago Nishal we love u and please ignore this crazy rumours..!!
you guyz are the best...!!..

9 years ago Words will just be words...and we all know that article is just pretty much rubbish...
NiShal...Love you!! &lt;3