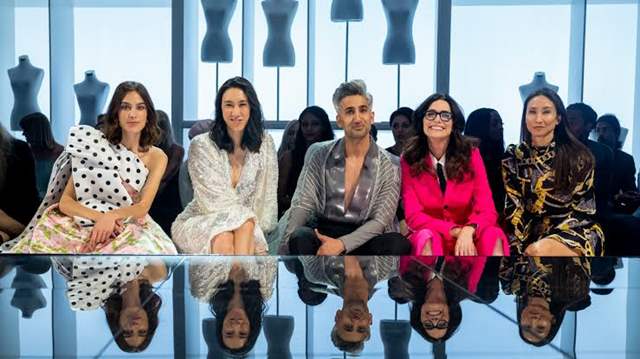 One of the most talked about fashion related shows from last year won't be returning with a new season.

Netflix has canceled the fashion competition series hosted by Tan France and Alexa Chung after only a single season, Variety has learned exclusively.

France confirmed the news, saying “we’re not doing a second a season,” before hinting that perhaps the series could be revived elsewhere.

“This is a one-season show, we don’t know what will happen in the future,” France told Variety. “But it was honestly one of the proudest things I’ve ever worked on. I love the show and Alexa so much. My focus is definitely on ‘Queer Eye’ and moving forward with that.”

News of the cancelation comes just two days after Netflix jettisoned another show, Astronomy Club, after only one season.

Next in Fashion featured some of the world’s best, most innovative designers competing for a chance to become the next big name in fashion. The format began with eighteen designers who faced challenges centering on a different trend or design style that was influenced the way the entire world dresses. All the contestants, most of whom had worked for major brands and dressed A-list celebrities, and competed head-to-head to see who had the skill, originality and determination to win the grand prize of $250,000 and an opportunity to debut their collection with luxury fashion retailer Net-a-Porter. South Korean designer Minju Kim emerged as the show’s sole winner.

exclusive
Exclusive Mohit Malhotra talks about reuniting with Hina Khan, if ...
14 minutes ago