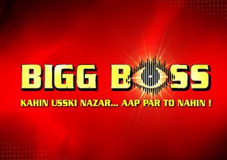 The next season of popular reality show 'Bigg Boss' might be aired on Hindi general entertainment channel Life OK, instead of Colors, says a source from the channel.

There have been a total of seven seasons of 'Bigg Boss'. After its debut on Sony TV, the remaining six seasons were beamed on Colors.

According to sources from Life OK, the show's eighth season will air on their channel.

However, when contacted, Deepak Dhar, managing director of Endemol India, which produces the show, denied any such change.

"No, this news is untrue. The show is on Colors," Dhar responded to the query via SMS.

The show has attracted a lot of viewership despite being controversial.

The show is an Indian adaptation of 'Big Brother'.

ehaab 6 years ago bigg boss 8 should come on colors not on life ok.life ok channel does not come on my tv.

LimitLessFan 6 years ago ya only color is capable of dying for trp nonsense, shut the cheap show, original creators of BB can sue this morons

veenisha 6 years ago Don't care where it's telecasted all I want is salman as a host :d

watched this season only for Gauahar Khan... glad she won!

pmahiskey 6 years ago all reality shows that colors aired have made them most popular be it kkk, bigg boss , jdj , cnwk or gutthi.
star always want to play safe by airing only those formats which are popular.
it never wants to take risks or develop a good format. 24 originally belongs to FOX (STAR's parent) but they did not developed the series for their own channel as they don't want to take risk.
they have already snatched gutthi from colors & now they want to snatch bigg boss which colors have made so grand & popular.
come on star do something on ur own.
Also they do not invest much on their shows.

colors should prevent this swapping as bigg boss is at its best with them.

khamosshhh 6 years ago Yeh seems Gauahar and Kushal have been such bad omens for Colors' that Colors is roping dem in for any and every show possible, like Radio Mirchi Top 20 nd Khatron Ke Khiladi. Seems dey want to close down their channel ;)

TheRowdiest 6 years ago Gauhar and Kushal were Bad Omen for the show ... pehle Sallu gaya ab channel bhi ... Star plus ( life OK's father ) just can not handle reality shows
Edit - and those who want it to shut down ... why don't they stop watching it if they don't like it ? is anyone forcing them to watch it ????

KiranSonu1 6 years ago Hope it will air on Life Ok... then it will be more appreciate

RheaSingh 6 years ago of course...colors is also fed up by having low TRP's and several complaints...why not shut the show instead

-RohitMaxwell- 6 years ago This show shouldnt come in any channel! shut down this concept

Priyanka Chopra praises Sonu Sood as UNDP confers him with ...
54 minutes ago