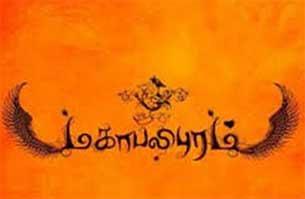 The makers of upcoming Tamil comedy-drama "Mahabalipuram" are planning to release a single to coincide with the New Year. Actor Silambarasan aka Simbu has crooned the said track.

"It's a special New Year song, and therefore, we are releasing it this New Year. We thought some popular name attached with the song will add value and attract attention. This is precisely why we roped in Simbu to sing the song," the film's director Don Sandy told IANS.

"Since Simbu is also a great singer, we though it make sense to have him sing for us. The song has come out very well," he added.

Simbu has crooned chartbusters such as "Loosu Penne", "No Money No Honey" and "Diamond Girl" over the past few years.

"Mahabalipuram", which is about the events that happen in the lives of five youngsters, has been inspired by reports published in newspapers.