New Delhi, Sep 12 (IANS) He can make girls go weak in their knees with his looks, dimpled smile and sculpted body. But John Abraham says he never had the guts to go up to a woman and express his feelings. 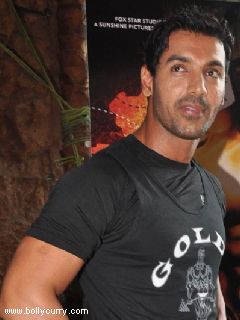 'All through my growing years, I've always had crushes on women who never reciprocated my feelings, but went after my friends. I never had the guts or the right time to go up to a woman and tell her that I really like her,' said John, who has been voted as India's sexiest bachelor by Big CBS Prime.

John, who broke up with actress Bipasha Basu after an eight-year relationship, never even tried a pick up line on women.