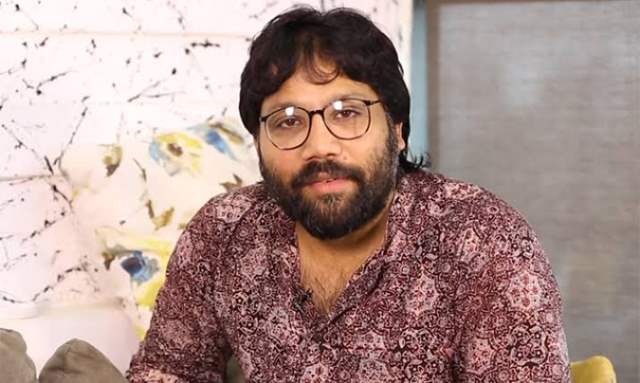 The protests for women's safety throttled since 2012. Many activists and leaders from activist groups have raised their voices in concern to make the world a safer place for women against the atrocities that are being committed. Similarly, many stars have joined for the right cause and raise awareness for the same. But, there seems no revolution in the laws concerning a heinous act such as rape.

Recently, a veterinary doctor Priyanka Reddy was sexually assaulted and later incarcerated on the Hyderabad-Bengaluru National Highway on November 28, 2019.

Reacting to the same, Kabir Singh director Sandeep Reddy Vanga also demanded strictest of punishment for the culprits. However, a lot of people started slamming him instead.

In his tweet on the Hyderabad case, the film-maker said that such rapists and murderers should be fearful of the law for which the four accused should be given a brutal sentence.

He wrote: "FEAR is the only factor which can change things radically in society and FEAR should be the new rule. Brutal sentence will set an example. Now every girl in the country needs a firm guarantee. I request @warangalpolice to come into action.#RIPPriyankaReddy [sic],"

Now, netizens have ridiculed the director for his recent tweet and made a connection with such crimes against women to films like Kabir Singh.

"The thing with Twitter is it even lets someone like Sandeep Reddy Vanga—whose movie begins with his protagonist threatening to rape a woman as a way of showing the viewer his "unapologetic" way of living—think that they have a right to speak about women safety issues," wrote one Twitter user.

Another wrote: "WHAT A SHAME for the new Tamil version of the pervert Sandeep Vanga who directed misogynistic film 'Arjun Reddy' where women have been objectified & violated. He has misled the youth especially the underprivileged, d morally corrupt fellow now instigating to encounter the culprits." 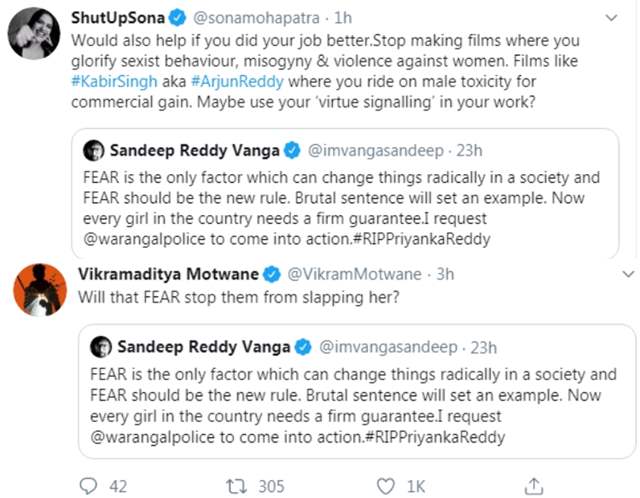 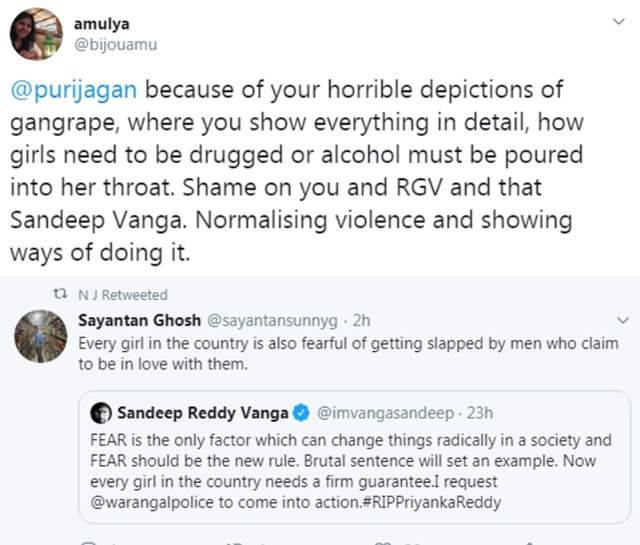 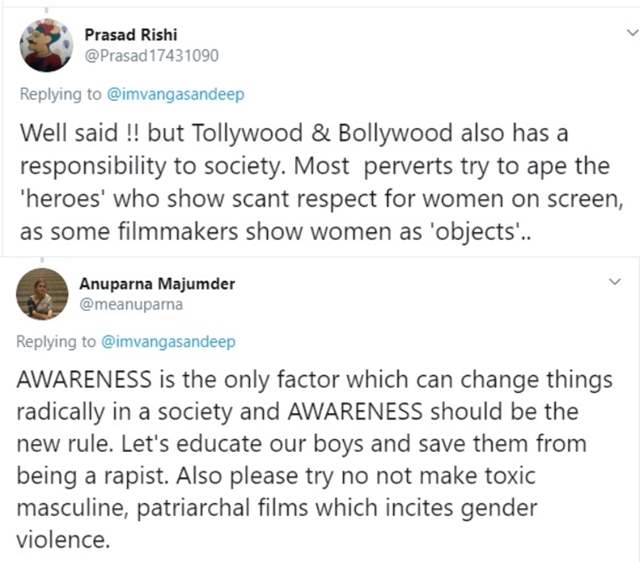