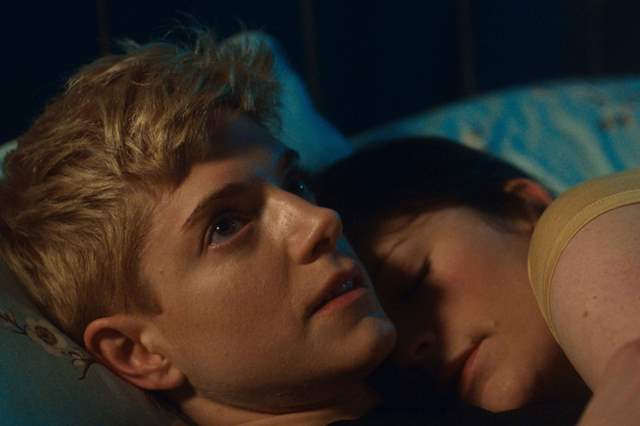 In an era where having a show on-air is indeed a blessing owing to the constantly degrading economic condition, to be scoring a renewal is an absolute jackpot. That is what has happened with Netflix's critically acclaimed comedy drama, Feel Good. The show has scored a second season renewal which will also be the last for the series. The streamer is not, however, ready to end its relationship with Feel Good's star and co-creator, Mae Martin. Netflix is developing another project with Martin and Feel Good producer Objective Fiction, which it won in a competitive environment.

"I'm beyond excited to be able to return to the world of Feel Good, and to see Mae and George's love story through to the dramatic conclusion we had always planned," said Martin. "I'm really deeply attached to this story and I'm so grateful to be getting back to work with the incredible team at Objective Fiction and our hilarious cast. Having spent most of 2020 speaking only to my kettle and my television as I watched the world burn on the internet, I'm euphoric to be around other human beings again. Seeing Joe Hampson’s and my dumb jokes come to life is heaven. Thank you, Netflix!"

Feel Good premiered in March to universally strong reviews; The Hollywood Reporter's Daniel Fienberg called the series "tart" and "clear-minded" about the central relationship between Martin's Mae and George (Charlotte Ritchie), with whom she jumps into a relationship.

The second season will deal with Mae struggling to come to terms with her past while George tries to reinvent her present. Lisa Kudrow, Philip Burgers and Adrian Lukis will reprise their roles and Jordan Stephens, John Ross Bowie, Eve and Eleanor Matsuura will join the cast.