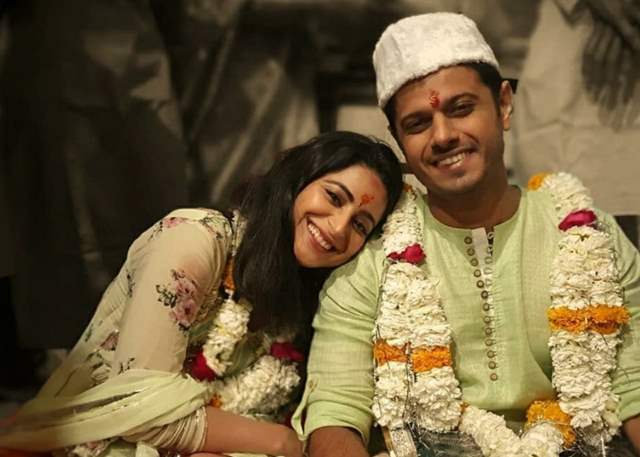 It looks like we have a new couple in telly town and it is none other than Ghum Hai Kisikey Pyaar Mein co-stars Neil Bhatt and Aishwarya Sharma. The two have made their relationship official on social media with photos from their recently held Roka ceremony. Both of them shared photos on social media and made for an adorable couple after all.

We see Neil and Aishwarya twinning in olive green outfits and both of them looked their traditional best. Neil wore a kurta-pajama and kept it simple while Aishwarya opted for a sharara with a printed kurta and a dupatta to go with it. They both flaunted their happy smiles in the photos and well, everyone is in awe of them.

Neil wrote, 'From the madness, to the fun, and all the love that bloomed, for lifetime we became one.' Aishwarya also shared the same caption along with photos on her social media.

In no time, everyone dropped in congratulatory posts for the two including the likes of Chandni Bhagwanani, Mitaali Nag, Donal Bisht, among many others.

We wish the two hearty congratulations and all the best for the new journey they are about to embark ahead!

a month ago Congratulations Neil and Aishwarya, wish you a lifetime of love and happiness 💕

a month ago Wow, that was quick. I just hope this does not influence the show storyline in anyway. Personal and professional life should be kept seperate. But anyway, congrats

a month ago Wish they had kept things under wraps for awhile. We’re not going to like seeing him with Pakhi or Sai onscreen and we won’t like him screaming at his real wife onscreen. They have a right to live their lives, but it’s a PR blunder.

1 months ago Its a vrry bad news....i hate this couple