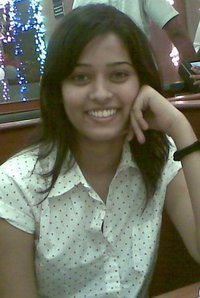 Star Plus' Tere Liye, produced by Balaji Telefilms is going to be the next biggie for the channel when it comes to fiction.

As we already know, Harshad Chopra and Rajat Tokas have been finalized to play the leads. Shakktii Aroraa who was last seen in Agle Janam Mohe Bitiya Hi Kijo will play a pivotal role.

The latest is that Neha Saxena who impressed one and all as Dhani in Star Plus' Sajan Ghar Jaana Hain (till the time she was replaced by Barkha Bisht), has been finalized to play the parallel lead in Tere Liye.

According to our source, "Ekta Kapoor personally liked Neha Saxena a lot, and Ekta was the one who wanted Neha in the show. Neha will play the girl opposite Rajat Tokas".

When contacted, Neha Saxena confirmed that she is part of the show, but refused to talk more than this.

The promo of the show featuring the kids is on air at the moment. The show is expected to take a leap after the initial 20-30 episodes.

rinku4u 9 years ago so the disaster predicted proved to be true .... Miss Kapoor ? saw the result of total-mismatch-experiments?

that should be enough now i think .... pls end your disastrous experiments of ur choice

sakshisharma 9 years ago I loved Mauli and robby together in todays episode....stay like that, and asap become one

Moodyblue 9 years ago mauli and roby really good together.....

angeljames 10 years ago aunty chage ur makeup artist and custume

saadgi 10 years ago IF NEHA IS BEST THEN Y DOES C NOT COME OPP KSG?

Rhea Sharma to be seen in Ekta Kapoor's next?
32 minutes ago