New Delhi, April 26 (IANS) Actress Neha Dhupia, who has been lately associating herself with closer-to-life characters, will be essaying the role of a back row dancer in her forthcoming film 'Pappu Can't Dance Saala'.

'Neha did a thorough research on back dancers before embarking on the role. She met and interacted with them on a close level because she wanted to know the kind of lifestyle they had,' said a source close to the actress.

'Neha coloured her hair red because she noticed that all those back dancers that she had met had that colour. She also observed that most back row dancers had a habit of chewing gums while waiting for the shot on the sets. So, she adopted that style for her character too,' the source added.

In the film, Neha will be working opposite Vinay Pathak. 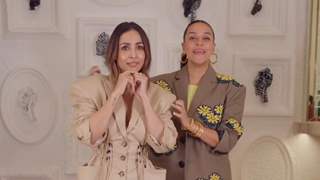