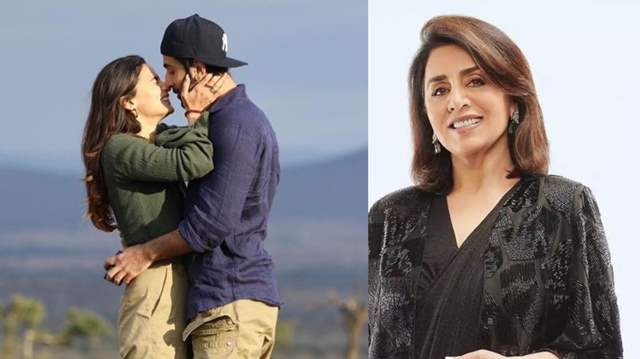 Alia Bhatt and Ranbir Kapoor have managed to dish out major couple goals with their fairy-tale love story. The couple took their romance a notch beyond and were married on April 14 this year after a few years of dating and only yesterday, Alia made the sweetest pregnancy announcement imaginable.

Since then, messages of congratulations have deluged social media. Neetu Kapoor, Ranbir's mother, also posted on Instagram to wish the adorable couple, while sharing an unseen adorable picture of the soon-to-be parents.

Alia, who is about to become a mother, was photographed sporting a dark green top and fawn-colored pants. Ranbir, on the other hand, looked smart with his blue shirt, fawn-colored pants, and reversed cap. Along with heart emoticons, Neetu added the comment "God bless" on the photo. 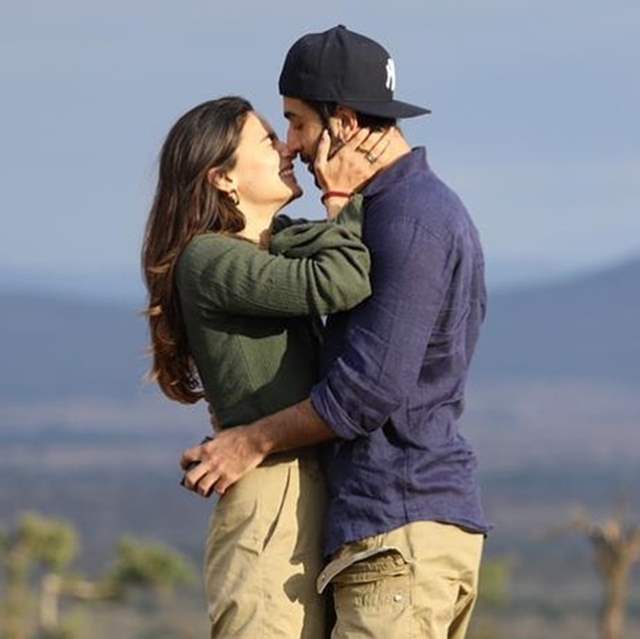 However, something else drew the attention of the netizens. Fans conjectured that the image, which shows Ranbir clutching a package, was possibly taken when he proposed to Alia.

Regarding Ranbir and Alia's pregnancy announcement, the actress posted a picture of the couple from the hospital on Instagram and said, "Our baby..... coming soon." She additionally posted a photo of a lion and lioness with their cub, denoting a family of 3.

On the professional front, the soon-to-be parents have a boatload of exciting initiatives in the works. The following project for Alia and Ranbir will be Ayan Mukerji's Brahmastra, which will be their first on-screen pairing. Amitabh Bachchan and Mouni Roy alos features in the film. The film is slated to hit theatres on 9th September in five different Indian languages: Hindi, Tamil, Telugu, Malayalam, and Kannada.

Neetu Kapoor, on the other hand is presently basking in the success of her film JugJugg Jeeyo, which is currently running in theatres.