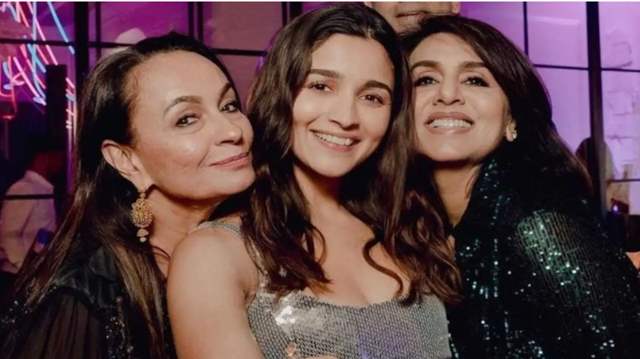 Alia Bhatt and Ranbir Kapoor are well-known actors who will soon be parents, and they have been in the spotlight since they made their pregnancy news public. After being married in April 2022, Alia Bhatt and Ranbir Kapoor are now expecting their first child. Riding the wave on the triumph of Brahmastra, the couple will have an "all females" baby shower at the end of the month to fete the "mom-to-be," Alia Bhatt.

Alia started promoting their recently released movie Brahmastra as soon as she and her beloved husband got back from their romantic Italian babymoon. Given that she is in the latter stage of her third trimester of pregnancy, the actress is a lot more at ease right now. In addition, Soni Razdan and Neetu Kapoor, Alia's soon-to-be Nani and Dadi, are organizing an "all girls" baby shower for her. Shaheen Bhatt, Kareena Kapoor Khan, Karisma Kapoor, Akansha Ranjan, Anushka Ranjan, Navya Nanda, Shweta Bachchan, Aarti Shetty, and Alia Bhatt's girl gang (early friends) are scheduled to attend the star-studded celebration.

For the unversed, Alia Bhatt announced her pregnancy in an Instagram post in June. "Our baby coming soon," she wrote. She married Ranbir Kapoor in April this year after dating for around 4 years.

Alia Bhatt has already has a bunch of films in the pipeline after Brahmastra's release. She will next be seen in Karan Johar's family drama Rocky Aur Rani Ki Prem Kahani.

Apart from that she also has her debut Hollywood project 'Heart Of Stone'.