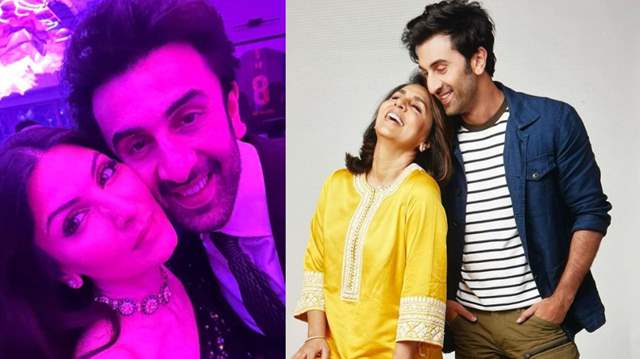 The Kapoor family is in for a major treat today as two of their members Ranbir Kapoor and Rima Jain are celebrating their birthdays. The family members also gathered last night to celebrate the birthday bash with pomp and zeal.

And since then, wishes have been pouring in for Ranbir from every corner of the nation. from fans to fraternity friends and family members, everyone has been penning sweet words for the actor.

Earlier today, Neetu Kapoor took to her social media handle and shared an unseen picture of hers with Ranbir. The veteran actress can be seen smiling candidly, resting her head on Ranbir's shoulder, while the two posed for the lens.

Along with this picture she wrote, "This has been quite a milestone year for You for US !!! Miss your father as he would have been the happiest proudest im sure he is orchestrating from up there !!! Happy birthday love you the mostestttt rana ❤️ you are my Shakti Astra 🫶#bestfriend #strength 🧿

Ranbir's sister Riddhima Kapoor also took to her social media handle and shared a bunch of pictures on her Instagram stories. The first picture was her and Ranbir's selfie from his wedding after-party. She then shared his picture carrying a portrait of their late father Rishi Kapoor in his hand which was also clicked during his wedding festivities. 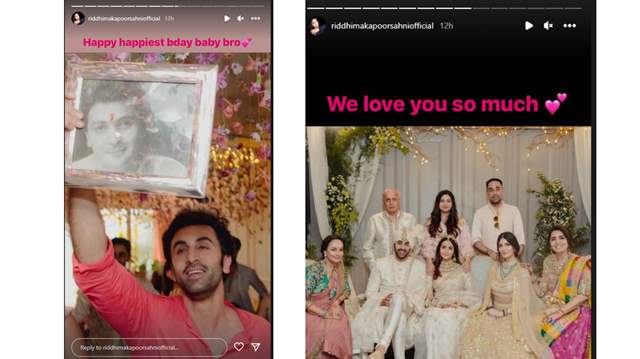 Riddhima also shared a family picture in the series and wrote, "Happy Happiest birthday baby bro. We love you so much". Apart from them, many others like Karan Johar, Karisma Kapoor and official page of Dharma wished him.