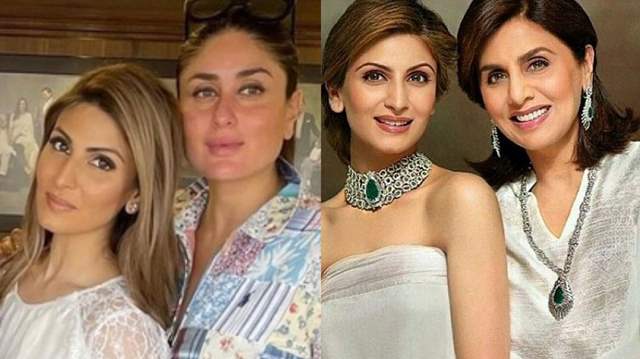 Birthday's are one of the most special occasions for the B-Town celebs as they take the opportunity to express adoration for their loved ones on social media. Today the Kapoor daughter, Riddhima Kapoor Sahni is celebrating her birthday and fans and family members have been pouring in good wishes for the entrepreneur.

Her mom Neetu Kapoor took to her social media handle and shared a lovely picture of her daughter. She wrote, "Happy Happy my Riddhima. Love you the most in this world." She also shared another picture in her stories where the Kapoor family can be seen sitting at Krishnaraj. 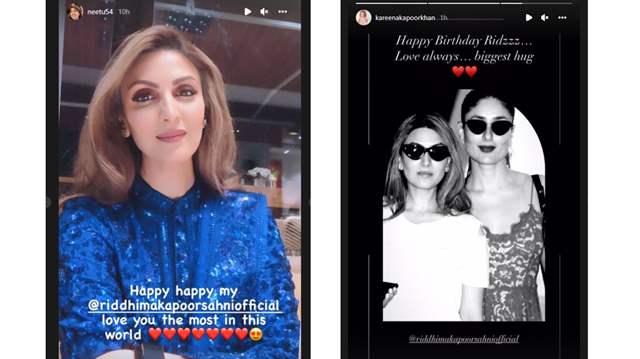 The Kapoor's have been very enthusiastic when it comes to family get togethers and celebrations. They often spend time with each other and their pictures and videos from the event break the internet. Lately all of them had gathered for Ranbir Kapoor and Alia Bhatt's wedding ceremony. After that they also hung out together in London.

For the unversed, Riddhima Kapoor is an entrepreneur and fashion designer. Despite of not being a part of the movies, Riddhima marks a great social media presence and have created her own identity in the industry.

Talking about Kareena's professional front, the actress was last seen in the film Laal Singh Chaddha alongside Aamir Khan. The film was an official Hindi adaptation of the Hollywood film Forrest Gump. She will next be seen in her debut OTT project which is helmed by Sujoy Ghosh and also stars Vijay Varma and Jaideep Ahalwat in key roles.