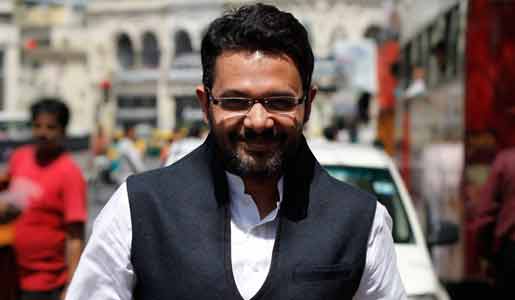 Multi-faceted Neelesh Misra, who gave a new spin to storytelling with his popular radio show, will hold a live session at the India-Pakistan border on Independence Day.

Misra, in association with radio channel 92.7 Big FM, which airs his show "Yaadon ka Idiot Box with Neelesh Misra", will travel to the main border post between India and Pakistan at the Wagah-Attari border in Punjab to narrate stories written by him and by members of his 'Mandli' (team), said a statement.

He will also sing several of his songs from Hindi films with his band.

Misra, also a Bollywood scriptwriter-lyricist, award-winning journalist, author and live performer, is credited with reinventing oral storytelling in the country.

In 2010, he began to narrate stories on 92.7 Big FM, reaching out every week to 42 million (4.2 crore) listeners across 45 cities with his "Yaadon Ka Idiot Box with Neelesh Misra", aired every weeknight, with repeats for five hours every Sunday.

Misra's radio listeners include residents of Pakistani cities near the border like Lahore, from where people write numerous messages via social media.

The idea for the live performance at the border was born out of Facebook messages received from Pakistani fans of Misra.

Accompanying Neelesh will be Mumbai's popular RJ Siddharth and Delhi's RJ Prateek who will take numerous messages to BSF soldiers from soldiers' families and citizens at large.

He has just finished writing his next film script, and is working on his TV forays as storyteller with his fiction GEC show as well as the rural newsmagazine show "Hamara Gaon Connection", which has clocked ratings better than many popular fiction TV shows.