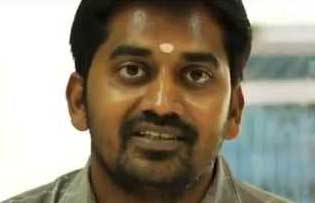 Debutant director Vinoth says that had it not been for Tamil filmmaker Nalan Kumaraswamy's mother, he couldn't have found a producer for his forthcoming Tamil con thriller "Sathuranga Vettai". He says he's "extremely thankful to her".

"Initially, I was turned down by several producers. I met Nalan through a common friend and handed over my film's script to him. He left it in his house and went to Trichy on a personal trip. Nalan's mother found the script and read it. She loved it and asked Nalan to read it too," Vinoth told IANS.

"After returning from Trichy, Nalan read the script and he really liked it. He called me and said that he would help me find a producer. That's when actor Manobala asked Nalan to find some good stories for his new production house. When Manobala read my script, he instantly agreed to produce it," he added.

"Sathuranga Vettai" is a con film, which focuses on the anger of common man.

"My film is about the pace at which we all want to make money in our lives. It's about the anger of common man who thinks money is the solution to all his problems. When there's imbalance in nature, we experience tsunami and earthquake. Likewise, my story is about the imbalance in the social morals of a common man," he said.

To keep audiences entertained, Vinoth has made the film as funny as possible.

"The story revolves around six episodes and it has been narrated with a lot of fun, satire and dark humour. Audiences will also get to find answers to important questions about how most of us are making money," he added.

What's the secret for a first-time director to succeed in the industry?

"I think every debut director should realise that it's not easy to gauge the pulse of the audience. You can't anticipate what they will like in a film. Secondly, every first-time director should find a producer and a team who'd believe in his or her film," he said.

"Only when you convince everybody working with you that you can succeed as a team, will they believe in your film and give their best. One should also learn how to make a film on a low-budget because that happens to be the latest trend," he added.

BB 14: Jaan's Mother Slams Nikki Tamboli For Her Comments on Her Son