It is a story of love in its purest form… of devotion and dedication… of melody and harmony… brought alive by televisions' most renowned storytellers.  Imagine brings to life one of the country's most loved classics - the story of the legendry princess Meerabai, who renounced the luxuries of royal life and became the greatest devotee of Lord Krishna.  This celestial epic is being recreated for television by Sagar Pictures for NDTV Imagine. 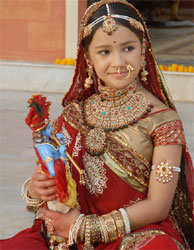 Featured Video
Meera is the story of a young Rajput princess whose love and devotion to Lord Krishna made her give up everything and thus elevated her to the status of a saint. Legend has it that when young Meera was just four years of age, she found herself to be deeply drawn towards Lord Krishna. As she grew older, her desire to be with her Lord grew more intense and she resolved to be committed to him forever. Despite being forced into marriage with another man (Prince Bhoj Raj), she defied the social norms and continued to worship Lord Krishna as her lover. She went on to compose many devotional songs in praise of Lord Krishna which are sung to this day with great reverence across the country.  These bhajans have been regarded by scholars to be of very high literary value.

Much has been written about Meera's life as a 'jogan' however the show will explore her life from her childhood days and the influences and events that led her to become Meerabai the 'jogan'. It will trace the trials and triumphs of this staunch Krishna bhakt, providing audiences with an insight into the life of this strong woman, who remains an inspiration to women even today.

Announcing the launch of this tale of devotion, Shailja Kejriwal, EVP- Content, NDTV Imagine said, "It is one of the most passionate yet pure love stories of our culture.  Meerabai's music and poetry adds another dimension to this fascinating tale.  Our version of this timeless classic has been interpreted to cater to the taste of today's audience and we aim to tell her story in a persuasive, entertaining manner.  It is truly a story that has been waiting to be told! ".

Commenting on the show Moti Sagar, Sagar Pictures said, "Much legend has been gathered around the name of Meera and we are really happy to be able to present her story to Indian audiences through this show. The story of Meera is a classic example of love so pure that it goes beyond all artificial boundaries that human beings create. The show will project Meera's life right since childhood within a setting of authentic detailing and classic costumes."

Catch the saga of Meera coming soon only on NDTV Imagine. 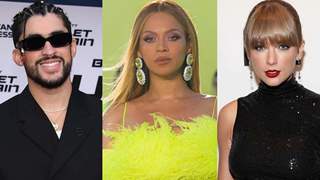 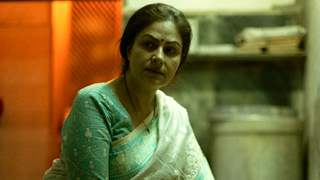 singh_234 13 years ago bhai u r the best director...love with our family

13 years ago Can't wait for this show!
I wonder if it is coming on anytime soon?

+ 2
13 years ago I love watching well directed epics-esp. by the sagars!
I hope the show is a massive hit! I'm a big fan of Meerabai so let's hope the show does well too. :)

+ 5
13 years ago yea tru, Sagars never get tired of doing epic shows, But Story has a different element, looking forward to it

13 years ago saw da promo on tv........da kid has awesome expressions.........hope dey have an equally perfect face for da grown up meera