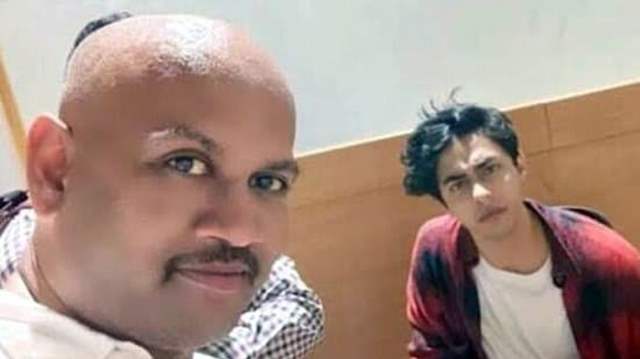 In a new disclosure on the drugs bust case involving Aryan Khan, son of actor Shah Rukh Khan, an independent witness was blamed for an extortion racket.

Prabhakar Sail, bodyguard of witness KP Gosavi in the drug bust case was given police protection by the MVA government a day after he filed an affidavit levelling serious allegations, including a payoff to NCB zonal chief Sameer Wankhede, in the cruise liner drug raid that led to the arrest of actor Shah Rukh Khan’s son Aryan.

On Monday, Prabhakar Sail visited the Mumbai police headquarters to lodge a complaint.

Sources said he was asked to approach Sahar police station, under whose jurisdiction he stays. Sahar police said they are looking into the complaint.

In the early hours of October 3, Prabhakar claimed that while escorting Gosavi, he overheard him discussing a demand of Rs 25 crore and his willingness to “settle” at Rs18 crore, of which Rs 8 crore was to be allegedly paid to Wankhede.

In another development, Gosavi, who had gone into hiding since NCP minister Nawab Malik said he had criminal cases registered against him, surfaced on Monday and denied all allegations, including those of extortion.

He also denied meeting Shah Rukh’s manager Pooja Dadlani—one of the claims made by Sail.

Also witness KP Gosavi, for his part, clarified that the selfie with Aryan Khan that had gone viral after the October 2 raid was taken on the cruise terminal and not at the NCB office.

He said he had received information about the drugs racket from a source and had informed the NCB.

In an interview to electronic media, Gosavi said he was very much available in Mumbai till 6 October, but he later went into hiding as he started getting threat calls from unknown numbers.

Recalling the sequence of events of the NCB raid, he said that as he got information on the drugs, he passed it on to NCB officials, and when he went to the cruise, he first met NCB superintendent VV Singh and later met Wankhede.

He said until then he did not know about Sameer Wankhede.

As per the NCB and the zonal director, the allegations made by the independent witness, Prabhakar Sail were only an attempt to create hurdles and scuttle the investigation into the case.

Aryan Khan and other accused have been arrested so far in the case. Aryan is presently lodged at the Arthur Road prison.

+ 7
1 months ago They got caught framing SRK's son for political gain. End of. Yes, I am for teaching anyone who does drugs a lesson, but to deny any citizen bail when you don't find anything on them is a violation of their civil rights. The repeated denying of bail shows that this was more than about petty non-potent drugs being found on a young man. It was about whose son he was and that no one deserves. SRK is a father who will bring out the big guns (attorney general) now and he should not spare anyone who did this for political intimidation. That includes the BJP guy who just happened to be there on the "narrow" rose leading Aryan in. They did everything to target a non-celebrity to get to his father and now SRK will bite back. If I had his might, I would too.