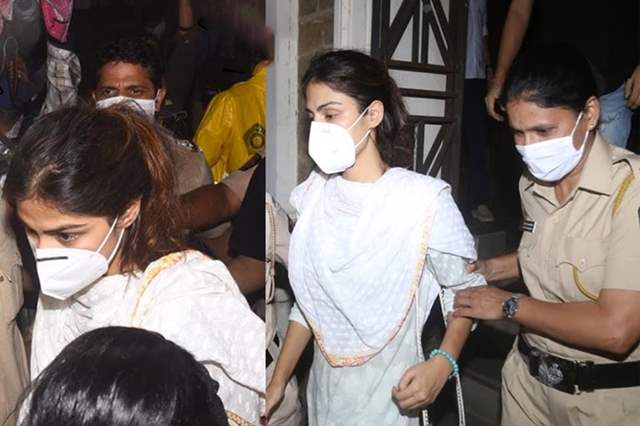 It has been a while since there has been any direct update pertaining to actor Rhea Chakraborty in the Sushant Singh Rajput case. That is mainly because Chakraborty has been under custody for being allegedly involved in the drug chats along with brother Showik and four othe accused in the same.

The bail hearing of Chakraborty will be taking place soon, however before that happens, the Narcotics Control Bureau (NCB) has come forward with a response to Chakraborty's claim of haivng no jurisdiction in the case.

According to a report in Times Now, the NCB on Monday refuted the claims by Rhea Chakraborty's lawyer that the agency has no jurisdiction in the drugs case and filed a response in the Bombay High Court. As per reports, the NCB has filed affidavits in the Bombay HC responding to the bail pleas of actor Rhea Chakraborty and her brother Showik Chakraborty refuting the claims by their lawyer that NCB has no jurisdiction in this case as per orders of the Supreme Court.

It was last week when Chakraborty's lawyer told the Bombay HC that the NCB has no jurisdiction to initiate the inquiry in the matter. Lawyer Satish Maneshinde further said that the case should be transferred to the Central Bureau of Investigation (CBI) from the NCB.

He went on to say that while hearing the pleas seeking a CBI probe into the death of Sushant Singh Rajput, the Supreme Court had ruled that all cases related to the actor's death would be investigated by the CBI.