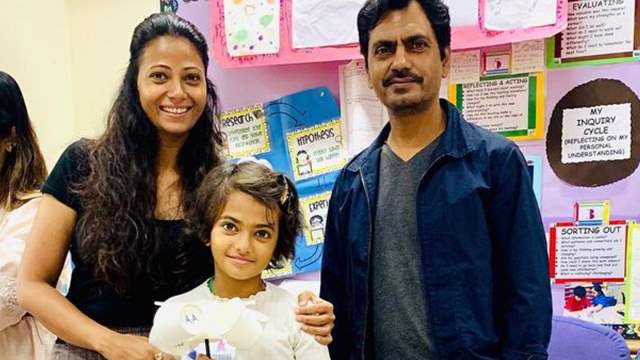 The video came as a sweet surprise to the actor and the audience as well. Nawaz had even reposted the video on his Instagram page. Have a look;

Reacting to the same, Nawazuddin’s estranged wife Aliya Siddiqui has opened up about the actors bond with their daughter Shora.

While speaking to ETimes, Aaliya said that Shora loves to dance and recreated the hookstep of her father’s song. She said:

“She even taught some dance steps to Nawaz when they were staying together and would correct him when he went wrong. She adores him a lot and enjoys being in front of the camera.”

Aaliya shared that after she tested positive for COVID-19, her kids Shora and Yani went to live with their father Nawazuddin at his farmhouse in Kasara. After her recovery, she joined the family and they will be staying there until the lockdown is over.

Back in 2020, Aaliya had filed for divorce against Nawazuddin and made shocking allegations against his family alleging mental and physical torture.

However, she recently withdrew her divorce notice and stated that they are working to reconcile on their relationship.