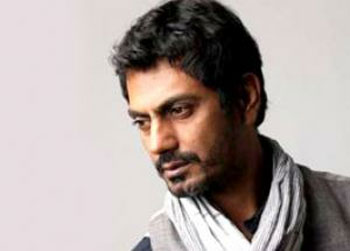 and an informer in "Paan Singh Tomar", says training is must for every actor.

"Training is very important - be it a theater actor or a movie actor. Right kind of training brings out various shades of an actor and it is appreciated by the audiences," Nawazuddin told IANS.

The actor is on a roll as his two forthcoming films - "Miss Lovely" by Ashim Ahluwalia and Anurag Kashyap directed "Gangs Of Wasseypur" were screened at 65th Cannes International Film Festival.

"Movies made now are very different and that is why viewers are liking them. Till now the audiences knew that there is a hero, a heroine and a villain and that there will be with some action sequence, romance and song dance thing.

"But now they get to see films like 'Kahaani', 'Paan Singh Tomar' and they appreciate them. Everyone wants a change and there is nothing bad in that. 'Parivartan prakriti ka niyam hai'," he said.

After getting appreciation for his role in "Kahaani" and "Paan...", the actor is getting good work.

A National School Drama alumni, Nawazuddin says theatre background has been a boon for him, but he has no recent plans to go back to stage.

"Since every character is explored step by step, theatre has really helped me in films. But rght now I am busy with films. Maybe years later I would like to go back to theatre," he said.

'RadhaKrishn' Fame Vaidehi Nair Roped in For 'Brahmarakshas ...
3 minutes ago

A.R. Rahman, Lata Mangeshkar, Rajnikant and many more are ...
5 hours ago

Deepika Padukone was the Admin of WhatsApp Group that ...
6 hours ago
View More
TOP