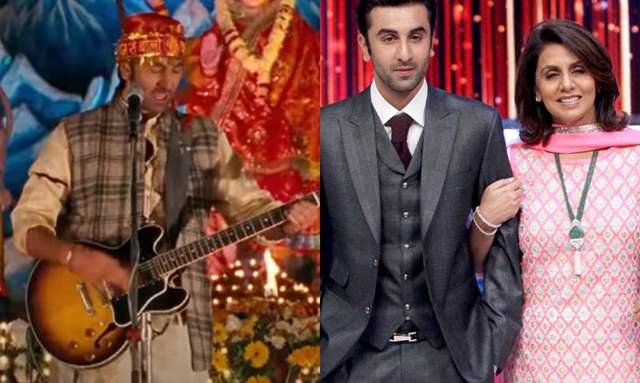 Today, the entire nation celebrates one of the most awaited and auspicious festivals in India - Navratri. Goddess Durga is worshipped by people across the country for the next nine days. Meanwhile, Bollywood celebrities are also excited to celebrate this festival and they even extend wishes to fans on the onset of Navratri.

Meanwhile, Ranbir Kapoor's mom Neetu Kapoor took to her Instagram handle and sent wishes to all her fans on the occasion of Navratri. The actress just the right video for this special occasion.

The clip uploaded by Neetu is from the film where the Rockstar and the actor could be seen singing at a religious gathering. Ranbir can be seen strumming his guitar and singing ‘Bhajan’ for Goddess Durga in the video and people can be seen joining him. Neetu Kapoor extended wishes to fans at the beginning of the next nine days of the Navratri festival, through her caption.